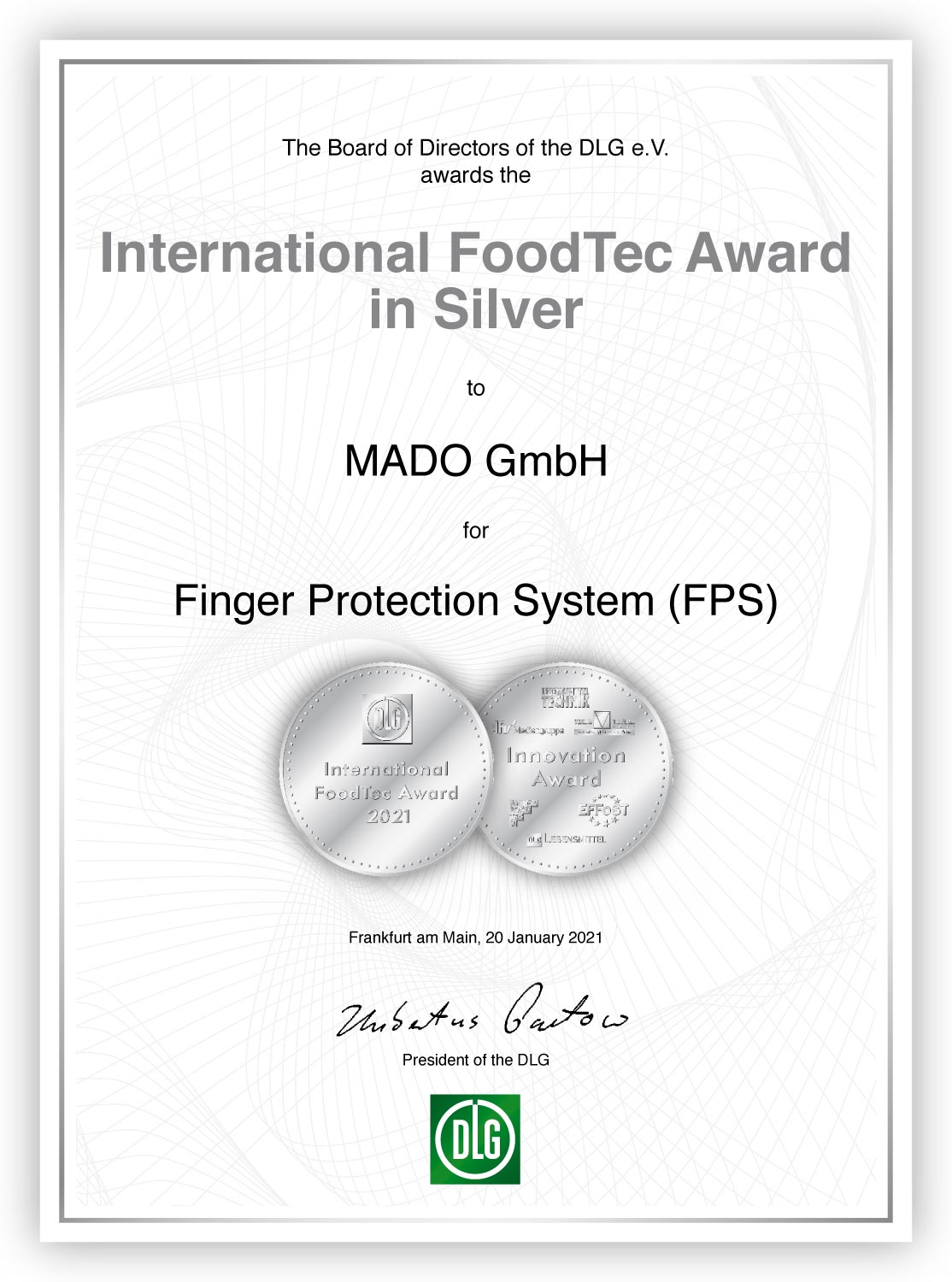 With the International FoodTec Award, the DLG, together with its specialist partners, recognises pioneering developments in terms of innovation, sustainability and efficiency in the field of food technology. An international jury of experts from the fields of research and teaching as well as representatives from practice selects the most advanced concepts. The prize, which is awarded every three years, is presented in the form of gold and silver medals. A gold medal is awarded to products with a new conception, in which the function has been decisively changed and the use of which makes a new process possible or significantly improves a known process. Silver medals go to products that have been further developed in such a way that a significant improvement in the function or the process is achieved as a result.

For additional information, go to: www.foodtecaward.com